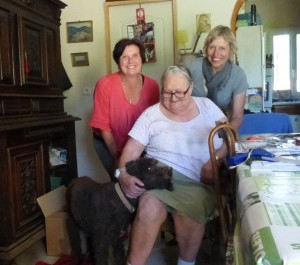 The Barbochos Reiau de Prouvenco B- litter is special in my heart.This picture was taken this summer 2014, with my friend Anne from Finland at Mrs Pêtre’s house . Barbet is Carioca, mom to B and C Barbochos litters.

had been up and running for a few months and I had known Mrs Pêtre for 3 years by then, having had Vincacao stay at my house here in Bagé and loved his character  ( I was taking him back to Mrs P after he had done his BCE). Carioca had a litter of 9 pups, no internet and Mrs Pêtre did not speak English. Since I had the only website in English where you could at least get some info about the breed, people were contacting me about her pups and I was really pleased to be able to help her place her pups.Imagine, at the time they were being sold for 600/700€. Whatever could be done to promote the breed was fine by me IF I could  help do it. It was a lot of work, but I enjoyed it. I met some great people and many are still friends today and some have become trusted friends.

The B- litter was Carlotta Corday, also known as Carioca. Her mate was dear Cacao, an angel in disguise. 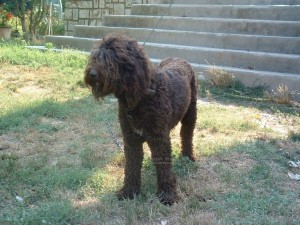 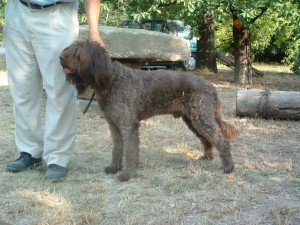 Carioca and Cacao both arbour what we call the Barchoch cut.Short in the body, longer on the head and tail, but in proportion. 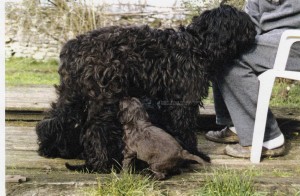 What is great here is that I still have news from many of the “pups”…now 8 years old and you can now see how they grew and how they reflect their  line. 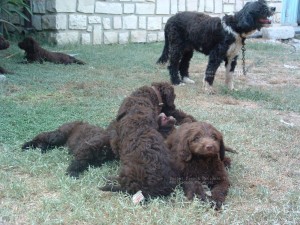 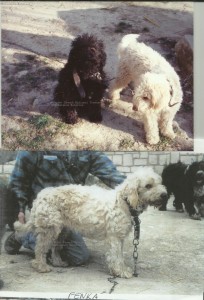 This is a very nice picture because you can see in the back , great-grandmother Hourri…and her mom Fenka and Douma, mother to Hercule. That’s 4 generations and I should be able to go back 5 with a little bit more work!

The pups have all grown and this is what they look like. 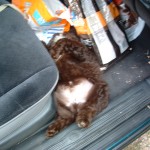 he’s been the most successful stud of the litter. 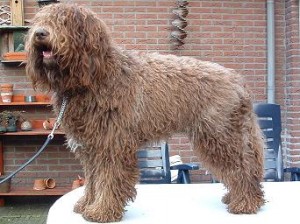 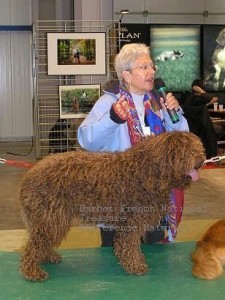 Bacchus, above  has sired one litter, loves to hunt in the vineyards near Reims. Bali below, lives in Finland and had one litter of pups. 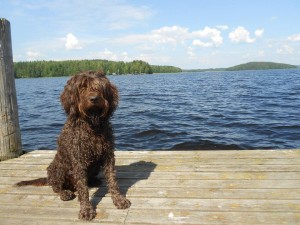 Beauté, below, was a working dog and was killed while hunting boar. 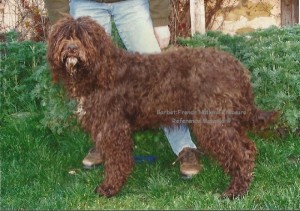 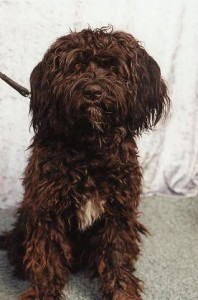 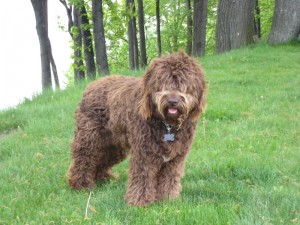 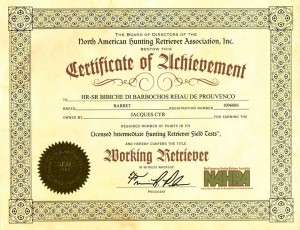 Bibiche is the most successful “working gundog” ever since she has achieved major results due to her training and hard work.She lives in Canada and has also had puppies.

Last but not least, the one who takes most after Sangria and Vincacao: Brenn, called Bounty. He has never reproduced. He lives in Brittany, France and was supposed to reproduce one time but this was changed at the last minute. Why? because the female was one of my line called Dixie, and when you have Verveine on both sides of the pedigree, you run the risk, as has been proven several times now, to have Irish Water Spaniel types in the litter. This is, however a very important line to keep going. Below left, Brenn’s (aka Bounty) and Grandmother Sangria’s head. 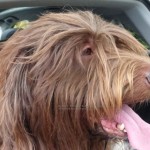 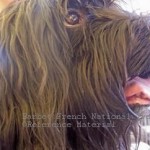 Below Vincacao and below him Bounty.Absolutely not Poodle looking and more of the old Griffon type, which is what many of us are working to save. 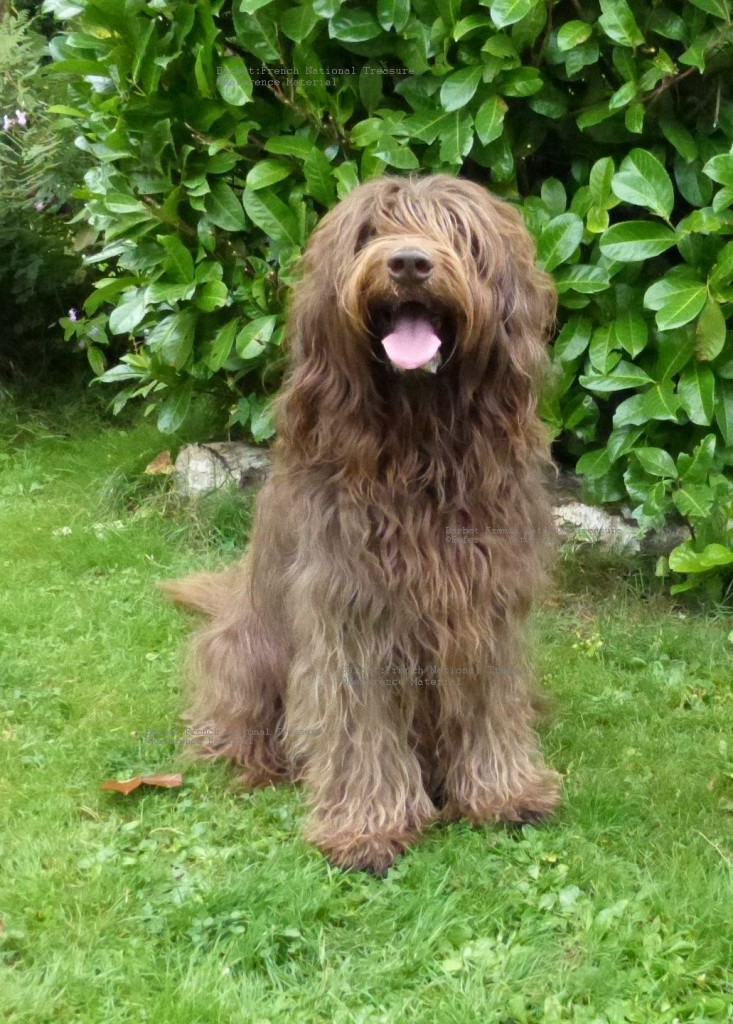 There are some pups missing for which I have no info or photos. One of them, hunts boar in the south of France. They all have great character, they are all healthy and at 8 years old they certainly give an idea of the diversity in a line. Having this type of line photographed and documented nowadays would be extremely difficult, since many are not at all eager to share photos.

I FEEL VERY LUCKY TO BE ABLE TO SHOW YOU THESE PHOTOS AND HOPE YOU ENJOY THEM! IT HAS BEEN A REAL TREAT PUTTING THIS LINE TOGETHER.